Happy Banned Books Week! This year’s theme is Books Unite Us. Censorship Divides Us, emphasizing the importance of how books reach across boundaries and build connections, whereas censorship creates barriers. Check out some resources to help make this Banned Books Week the most powerful it can be. Here are some Free Downloads, Display Ideas, and […] June is pride month and we are celebrating with e-books! Check out this curated selection from voices near and far… FICTION DESERT BOYS by Chris McCormick    I’VE A FEELING WE’RE NOT IN KANSAS ANYMORE: The “Buddies” Cycle by Ethan Mordden    DANCER by Colum McCann BLACK DEUTSCHLAND by Darryl Pinckney THE HOURS by Michael […] 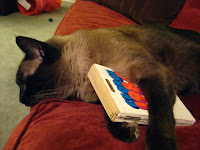 Banned Books Week (Sept. 22-28) is upon us once again librarian friends!

This is the week to read and re-read all your favorite banned and challenged books.

If you're feeling inspired to read aloud, we highly recommend that you submit a banned book reading video on the Virtual Read-Out page on YouTube. And don't forget to join the conversation on Twitter today (Monday) 9/23 from 10 am - Noon and Wednesday 9/25 from Noon - 2 pm using the hashtag #BannedBooksWeek2013.

Let's keep fighting for our FREADOM!

This is the week to re-read and recommend all your favorite banned and challenged books. And if you're feeling inspired to read aloud, we highly recommend that you submit a banned book reading video the the Virtual Read-Out page on YouTube.

If you finish all of your favorite banned books before Friday, we recommend two excellent author biographies that uphold the spirit of the week: AND SO IT GOES, the first authoritative biography of Kurt Vonnegut Jr., and JUST ONE CATCH, an illuminating biography of Joseph Heller.