The best part of the holiday season is all the great eatin’! For all of you hosts out there (or those just wanting to treat themselves), these cookbooks have all the delicious recipes you’ll need! HOLIDAY SLOW COOKER: 100 Incredible and Festive Recipes for Every Celebration by Leigh Anne Wilkes  Create fantastic holiday fare with […]

It's time to celebrate another batch of book birthdays! Today we wish a very happy #BookBday to:

THE BALLAD OF BARNABAS PIERKIEL by Magdalena Zyzak
Set in the quaint (though admittedly backward) fictional nation of Scalvusia in 1939, Zyzak's "wild ride" (Library Journal) of a debut novel follows the misadventures of a young swineherd, Barnabas, and his short-legged steed, Wilhelm, as they try to woo a voluptuous Gypsy concubine. After the mysterious death of an important figure in the community, a witch-hunt ensues, and the tide starts to turn in Barnabas's beloved hometown.

THE RISE OF THE TUDORS: The Family That Changed English History by Chris Skidmore
With all the relentless deceit, betrayal, treason and bloodshed in a season of "Game of Thrones," British historian Skidmore unfurls the epic story of the Tudor family. "An engrossing, probably definitive background to one of the most powerful dynasties in British history." – Kirkus Reviews

LOST LAKE by Sarah Addison Allen
We know we're a week early, but we can't resist wishing this LibraryReads pick a happy birthday! “Allen’s trademark magic is woven throughout the story and can be found in the lake, the town, and the people, but at its heart, this story is about finding home—something we can all relate to.” – Ally Watkins, Central MS Regional Library System, Pearl MS

Now can we all have some cake, please? 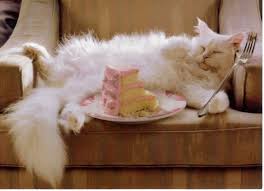 During this month's EarlyWord Galley Chat the conversation turned toward Daisy Goodwin's scandalous and luxe, THE AMERICAN HEIRESS. @EarlyWord expressed some confusion about the recommendation, "Talia recommended AMERICAN HEIRESS? But, it doesn't sound like there's any gore in it!" Fortunately Stephanie Chase (@acornandnuts) was there to clarify the appeal, "American Heiress is like a delicious piece of cake." We agree.

Library Journal gave THE AMERICAN HEIRESS a starred review that says, "Top-notch writing brings to life the world of wealth on both sides of the Atlantic. This debut’s strong character development and sense of place will please fans of historical romance, including book club members."

Publishers Weekly calls the story "lush," "propulsive," and "fresh." They also caught up with Goodwin to discuss her inspirations for her magnetic characters, clashing cultures, and explosive costumes. Read the full interview here!