We’re looking forward to the long Memorial Day weekend & we hope you are, too. Bonus reading time! There’s one book we’ve been saving for this perfect time: THE ONE MAN by Andrew Gross. This riveting historical thriller has an interesting twist—a U.S. intelligence officer must sneak into Auschwitz and escape with a physics professor […]

We’ve got two historical thrillers to share with you this #ThrillerThursday, but first some terrific news: Peter James will be awarded the Diamond Dagger for lifetime achievement by the Crime Writers’ Association! THE LAST DAWN by Joe Gannon Nicaraguan police captain Ajax Montoya and his partner Gladys are tasked with finding a young American journalist […]

We’ve got three new mysteries starring P.I.s for you this #ThrillerThursday, but first awards news! The 2015 CWA Dagger shortlist was revealed earlier this week and we have two nominees in the Non Fiction category: A KIM JONG-IL PRODUCTION: The Extraordinary True Story of a Kidnapped Filmmaker, His Star Actress, and a Young Dictator’s Rise […]

Happy #ThrillerThursday! We’ve got several terrific mysteries, but first here’s the scoop on Anthony Award and CWA Dagger in the Library nominees: The 2015 Anthony Award nominees were announced and they include: Best Novel THE LONG WAY HOME by Louise Penny TRUTH BE TOLD by Hank Phillippi Ryan Best First Novel INVISIBLE CITY by Julia […]

It’s #thrillerthursday and we’re reading: Betrayed by Lisa Scottoline “Scottoline writes terrific legal fiction with warm, smart characters and lots of humor and heart. Her legion of fans will be happy with this one, and it should find her new readers as well.”–Booklist A Deadly Measure of Brimstone by Catriona McPherson “Fans of the period […]

We love thrillers. And in honor of that love we’ll be forcing our favorites on you, dear librarian, EVERY Thursday for #ThrillerThursdays. <Mwa ha ha!>

Winners will be named on October 24 at the Specsavers Crime Thriller Awards 2013 in London.

And now, for your enjoyment, our favorite spine-tingling, blood-curdling, full-of-mayhem Thursday reads: [...] 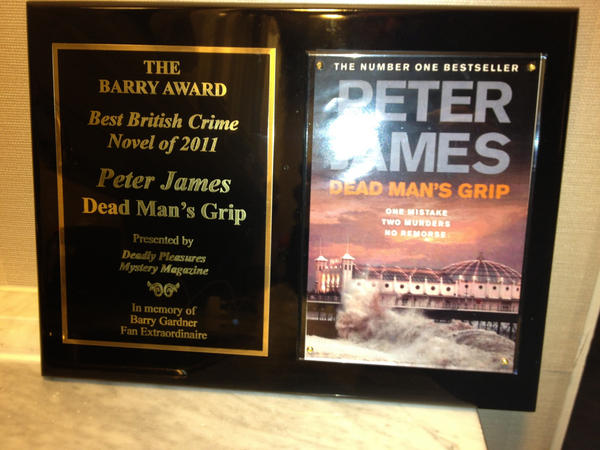